All details. All questions. All answers.

When the Rohloff SPEEDHUB 500/14 is built up into a 32 or 36 spoke wheel, it is considerably more robust than the common 36 spoke wheels. The stability is actually almost identical to that of a 48 spoke tandem wheel.

The spoke flanges of the Rohloff SPEEDHUB 500/14 are constructed symmetrically. This allows all spokes to be at the same angle on both sides of the finished wheel which in turn leads to a much stronger wheel due to the evenly distributed spoke tension. To build a strong wheel, the spokes must be tensioned to a minimum of 1000N (with inflated tire). The rear wheels of normal derailleur systems need to be dished to accommodate the room required by the cassette. This creates a huge difference in spoke tension. The tension on the dished side is usually considerably higher (over 1200N) and this can lead to problems with the spoke nipples sitting correctly within their seats in the rim (see the MTB comparison underneath, the pretension in the 8-speed cassette here is just 600N).

Due to the increased diameter of the hub flanges and PCD of the Rohloff SPEEDHUB 500/14, the spokes need cross only two times but do so at roughly the same angle as a three cross lacing pattern on smaller flanged hubs. There is less load on the spokes because of the large flange PCD diameter and the hub flange is subjected to lower forces because these spokes pull further away from the axle center creating a better lever to pull the wheel around (torque = force x lever length).

The comparison below shows the maximum spoke loads (the numbers in brackets are the pretensioned forces of spokes after lacing): 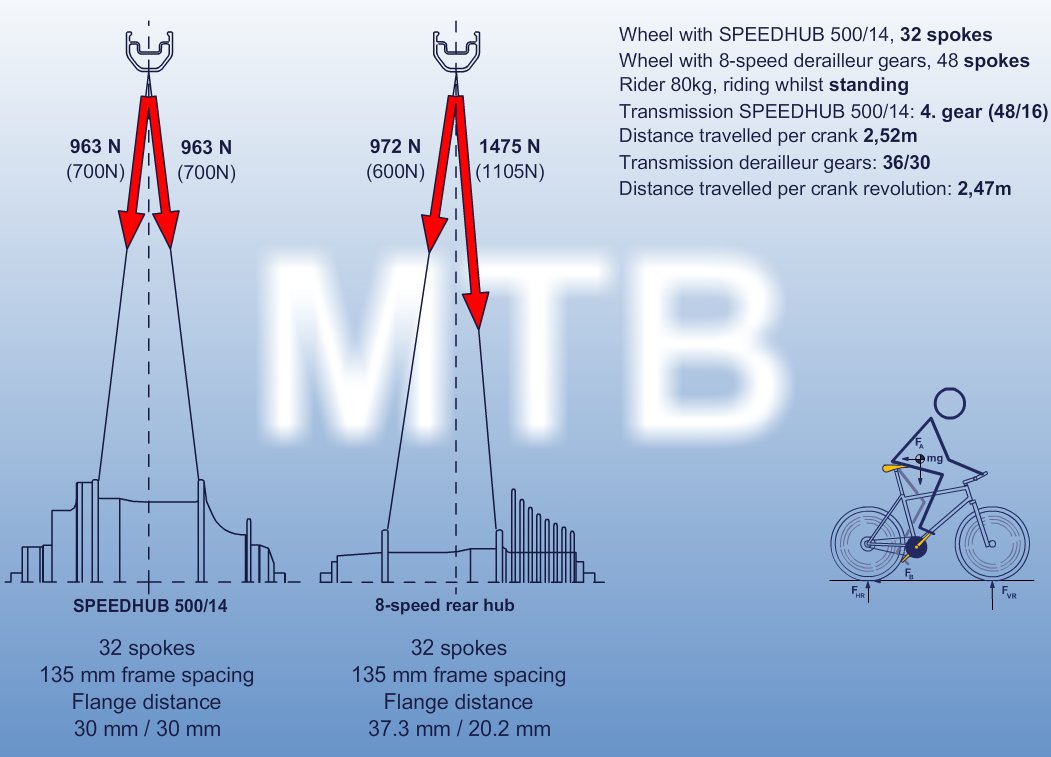 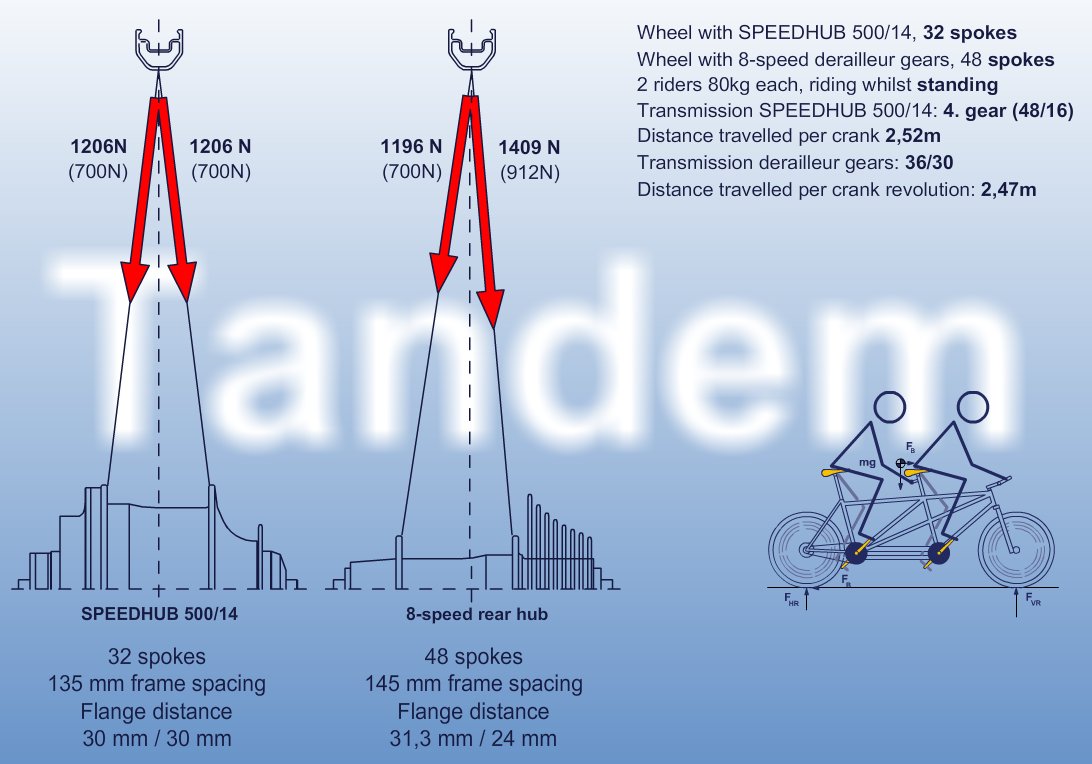 The figures for the 8-speed tandem wheel are better than those of the solo MTB wheel due to the fact that the spokes are not at such steep angles and there are 48 of them regardless of the fact that the tandem has to transport two cyclists. Even here though, the Rohloff SPEEDHUB 500/14 wheel with 1206N compared to 1409N is still the better option.

Further Information can be found under Downloads.