Last Saturday saw the second round of the Ilmensee Bike Challenge in southern Germany near Lake Constance. Before the athletes lay a 15km course covering 300m of altitude variation which needed to be ridden no less than 3 times. One of the athletes braving the challenge was team Santos/Rohloffs own Nico Muschiol.

An elite group seemed to form quickly shortly after the starting pistol fired. The group of athletes obviously excelled in the dry conditions of the course and were able to uphold a strong tempo. Nico Muschiol settled into the following group which had formed. The course itself however had other ideas and this second group evaporated after about 20 minutes separating the members and leaving them to fight the course alone. Nico crossed the finish line with a time of 1:41h awarding his efforts with an 11th place finish overall and the 6th place in his class.

Impressions from Nico: "That was certainly a short and fast test of energy and proved great fun. The positive feeling will definitely be great mental preparation for my next race in Oberstdorf." 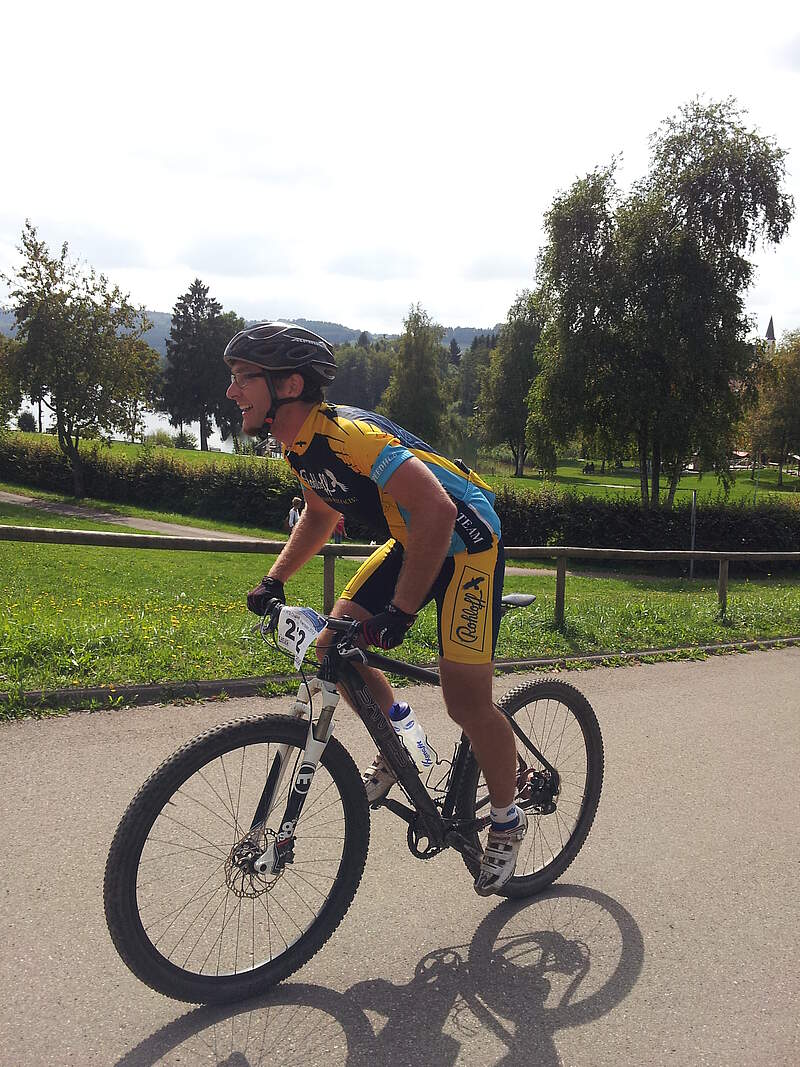