Last weekend saw Marco Morgenstern, Michael Opper and Ulf Wahlers from the Santos-Rohloff Team get together with Ruben Penner of the Rohloff-Speed Team for the start of this years Mad East Challenge 500 in beautiful Altenberg in Sachsen Germany. As in previous years, the 'Mad Crew' had labelled the event as having "the most challenging marathon course in all of Germany". For the tenth year anniversary of the Mad East Challenge 500, the motto once again proved to be true.

Saturday kicked off with a 70km course taking the cyclists over an accumulated 2300m of elevation. The legendary climb out of the "Green Hell" in the Czech Republic was again a real energy zapper included in the course to test the muscles of even the fittest and most experiences marathon cyclists. Both Michael and Ulf started the ascent together and after just 5 kilometers the forces that be ensured they stay together for the rest of the course. Ulf's rear wheel received a puncture which cost him his spare tube. Without an extra spare, the pair were tied together just in case Ulf needed Michaels spare tube. And so the pair cycled as a duet until just 10km before the finish where they picked up Ruben Penner, finally crossing the finish line as a threesome.

Marco Morgenstern started on Saturday on the lighter course covering 40km over an accumulated elevation of 1300m. Marco finished the 'Mad East Light' in 5th place for his age category and a very respectable 11th place overall.

Sunday was supposed to be the hardest course in the history of the Mad East Challenge covering a total of 96km over an accumulated 2700m of elevation. Unfortunately Ralf was unable to compete. Following an un-restful night he retired from the race with  stomach pains. Ruben and Michael attacked the course in a calm manner and even started to increase their pace towards the end. Ruben came across the finish-line in 23rd place in his class.

Michael achieved 3rd place in his age category which of course secured him a place on the podium. Overall for the Mad East 500 weekend Michael managed to achieve 47th place and Ruben achieved 77th. 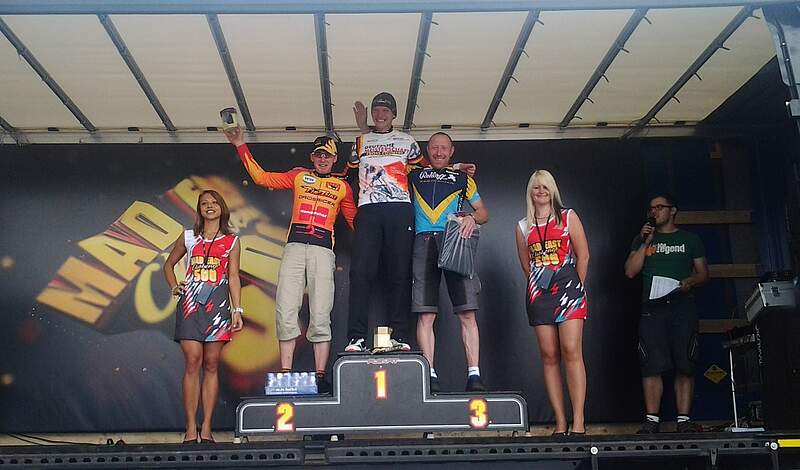