Rain and mud put their stamp on this race in 2016 -> but 2017 it showed its most beautiful sight at  20th Kellerwald-Bikemarathon in brightest sunshine with degrees over 20° C.
After a beginning round the competitors were cheered again in Gilserberg before starting the 40km round. There were 1to 3  rounds or just the castle mountain round  with 25km uphill to choose from.

The 40km round was hard to come by with its  three longer uphills and fast downhills rooty, muddy, stony, on the way, until in the finish turn a small trail was waiting to irritate the racers to take it and go for the next round or just finish the race.

Ralf  Kropp of Santos Rohloff Team 17th place in total and 2nd place on he AK scorelist of the kings trail with 120km and 3300 height meters to go.

Ralf Kropp’s short statement: An all around successful performance. Brilliant weather, and all the helpers, who took care oft the racers have earned much praise. 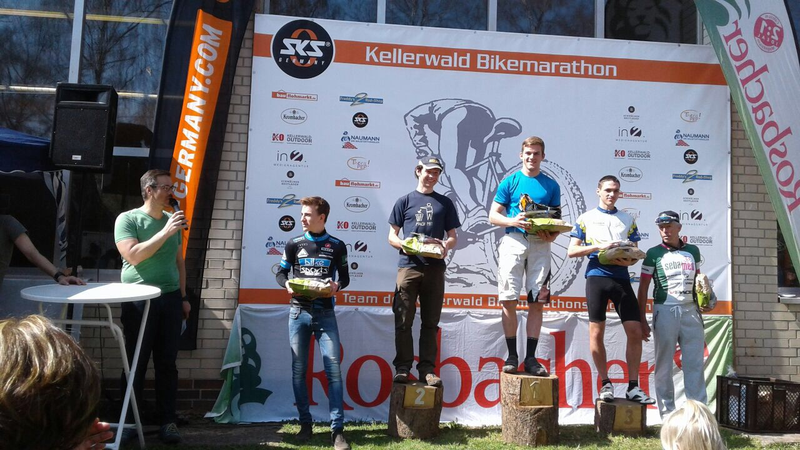 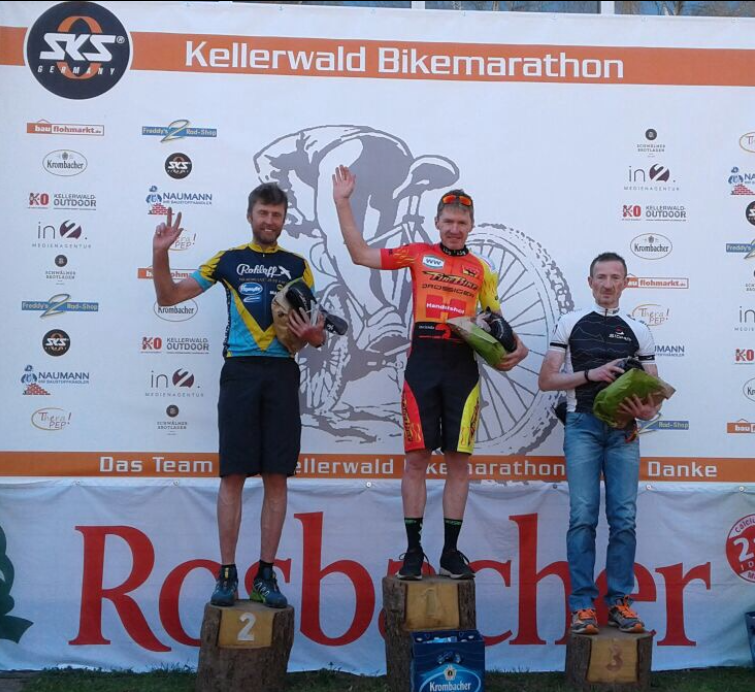