The „24 Race 2017“ in the Olympic Arena in Munich was on a Saturday this year. More than 1000 mountain bikers were sent down the tracks across the Olympic park. There were solo riders, duo-teams, four-man teams, and eight-man teams, which were divided in mixed, men, and master.

Due to the shift to a later time in 2017, a longer period of darkness was accepted. The weather added its part with a slippery and demanding racetrack, because the mud of the rain sodden meadows, which was spilled onto the asphalt and cobblestone passages, was responsible for a great slippery danger in the first hours after start. It dried soon and some enthralling changes in leadership where to witness in the total of 24 hours.

Conclusion of Ralf Kropp: “The scenery of the Olympia park is  unique, and the track was somewhat attractive. The mobile homes of riders and supporters strung themselves along the racetrack like a pearl necklace, so the clapping and cheering never stopped during the race. The combat with the Swiss team was thrilling and the leading changed several times. Our division plan seemed better than that of the Swiss’ team, but in the end our advisor pushed us to victory. I was pleased with our performance, too, because we were the fastest team in total.
Xenofit provided everyone with sports nutrition. So the riders were nicely cared for with minerals and carbohydrates.
Anyway, you could rely on Rohloff and the Mi:Tech Bike as usual.

My Lockout of the German:A Xcite suspension fork is to be pointed out, as well. It was so great to operate it. Even while riding-out-of-saddle and during sudden changes in the surface it was working without any difficultly. “ 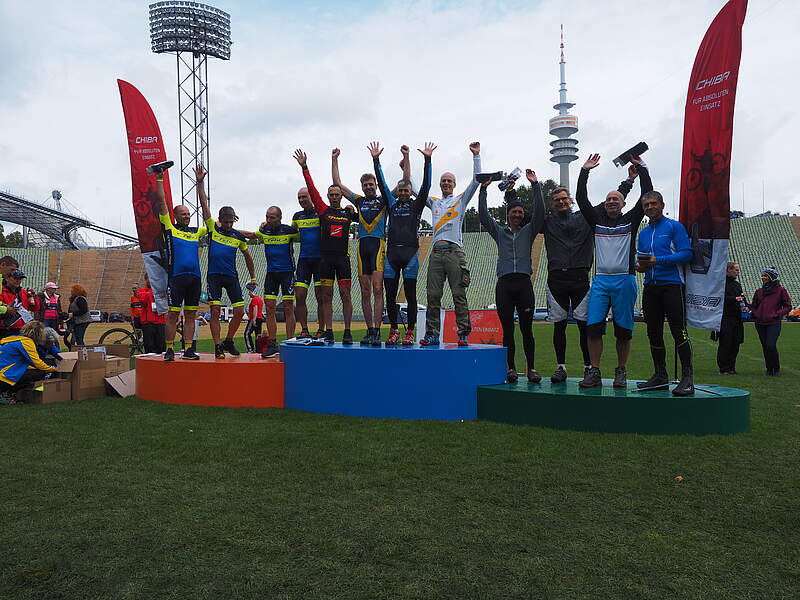