Active for cycling. The sponsorship of Rohloff is diverse. From the amateur to the professional and racing series like the regional Rohloff Cup to the direct support of top athletes worldwide. In doing so, we see top sport not only in the respective races, but rather the sporting top performance in epochal travel companies in their most original form. We also like to support the athletes.

Rohloff is committed to cycling. Many national and international successes with Rohloff products are the fruits of our meticulous work. Many races and racing series are success stories through our support year after year. A sponsorship that benefits every Rohloff driver.

What else can be said about Tilmann Waldthaler? He's one of the most known if not the most famous bike traveller ever. Since 1977 he has almost been riding 400,000km on his bike crossing 108 different countries. Beginning of October 2001 he has changed the drive train on his Koga Miyata World Traveller to a Rohloff SPEEDHUB 500/14 and ran off immediately on his tour from Alaska cross America to Patagonia.

He writes the following about the Rohloff SPEEDHUB 500/14 under equipment:

Up to now I´ve only ridden approx. 75.000km with the Rohloff products but I´ve been so impressed after this period of time. I had used Shimano and Campagnolo products for so many years and then finally decided to try something different and new. I've ridden over many bumps and passes in the states since October 8th and I´ve been convinced already over the quality of the products. Simply when changing a tyre, I think back to the decision to go with Rohloff products. 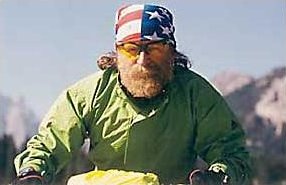 A journey on the track of well-known naturalists of the last centuries, who have contributed a lot to the discovery and exploration of Siberia, Kamchatka and Alaska. Prime concern of this challenging expedition is to  follow the travelroute of Georg Wilhelm Steller (1709-1746), who - as the first scientist - on behalf of czar Peter the Great set foot on Alaska. Steller's long missed diaries have been found, looked through and newly published by the Hallensian scientist Dr. Wieland Hintzsche, who found these treasures in the archives of the Russian Academy of Siences in St. Petersburg some years ago. Because of these notes it is now possible on detail to trail behind Steller's route more than 270 years after his depart from Germany. But Elena and Oliver have not used horse carriages or sailing ships as means of transport, but bicycles and ocean kayaks to start, master and complete this demanding journey over 35,000 km by bike and 5,000km by kayak.

Accompanied by illnesses and tick-attacks after their tour through Gdansk/Poland, St. Petersburg/Russia and the Western-Siberian region of Novosibirsk, they reached lake Baikal after 9,600 km on their bikes. The 22nd  june 2005 marked nearly one third of the cycle route: a distance of 10,000km. Elena and Oliver's racing bikes overcame their way across icy, muddy and pathless terrain excellently. The 31st August 2005, after 13,913km, they reached a further important stage: the Seaport of Magadan by the Ochotskian Sea. After almost eight months on the bike at temperatures up to 50°C and below zero, thy started a canoe tour through Yakutia/ Russia which unfortunately didn't end in Cherski at the Arctic Ocean but - after 1,034km - about 700km further south in Magadan at the end of October 2005. Early in November 2005, the two extreme athletes flew to Kamchatka, a peninsula in Russia's easternmost region and home of Elena. On 24th November 2005, only Oliver arrived at Anchorage(Alaska, 264 years after the famous scientist, Physician and theologist Steller did his botanical examinations there. Oliver and Elena were meeting again in Canada at the end of December 2005. From the North of Canada they were planning to reach the Hudson Bay and the peninsula of Labrador. Thr route is leading on to Iceland, the Faeroe Islands, to the Shetland Islands and the British Isles, straight through Scandinavia and back to Germany, where the bicycle tour is expected to end after one and a half years. 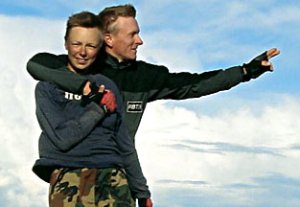 Andreas Hessberg and Waltraud Schulze have undertaken several expeditions to various deserted areas of the earth. As the most extreme example of a bike tour serves the expedition through the winterly Northgreenland where Andreas Hessberg and a friend were on tour for three months in arctic temperature along the frozen coast line. Together with Waltraud Schulze he discovered some more white spots on the bike-globe, like Patagonia, (Feuerland), Mongolia and the desert Gobi, made a tour through the Kalahari (letter to Rohloff) and the morst dangerous desert Namib in Botswana and Namibia. To cope with these extreme difficult regions and climat zones one has to rely 100 p.c. on the equipment. Mistakes are not forgiven. Especially the Rohloff chain S-L-T 99 had proved several times to on of the most reliable parts on tour. The chain always works dependable may it be +45°C or -45°C, sand and dust, snow and ice. The durability test of a prototype of the Rohloff SPEEDHUB 500/14 had been worked out to our utmost satisfaction. The hub has managed the 5,000km through Namibia and Botswana desert's sand and dust without any complaints and has shown no abrasive wear on the surfaces after close laboratory examination. The fact that the hub hasn't been spared can be looked up in the most informativ and richly pictured webpage of the MET under MOUNTAINBIKE-EXPEDITIONS-TEAM. 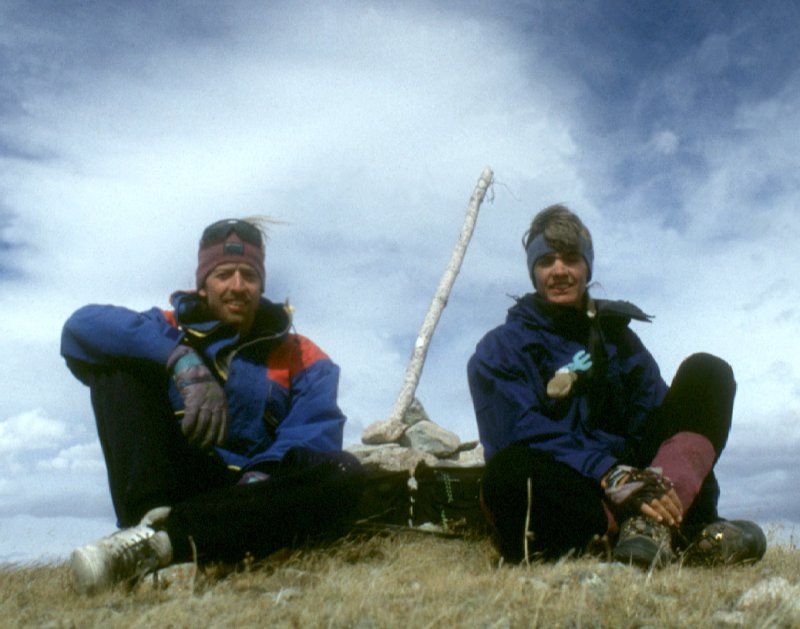 Tanja and Denis Katzer on their  30 years lasting expedition - nothing much new recently. And still there is used a different means of transportation this time: Bicycles. Equipped with a Delite Black of the well-known bicycle company in Darmstadt/Germany they march on to the next stage of their great travel tour. Always equipped with top material it has been a logical consequence to use as drive a Rohloff Speedhub 500/14. As likewise the drive is often the decicive means of movement. The companies Riese und Müller and Rohloff are working together successfully for many years. This cooperation enjoys a great approval especially in the travel bike area.  Meanwhile, the 14-speed gear hub sets standards in the the travel bike sector.

As a logical consequence of it these parameters leads inevitably to a good cooperation between Tanja and Denis Katzer with the Rohloff AG. 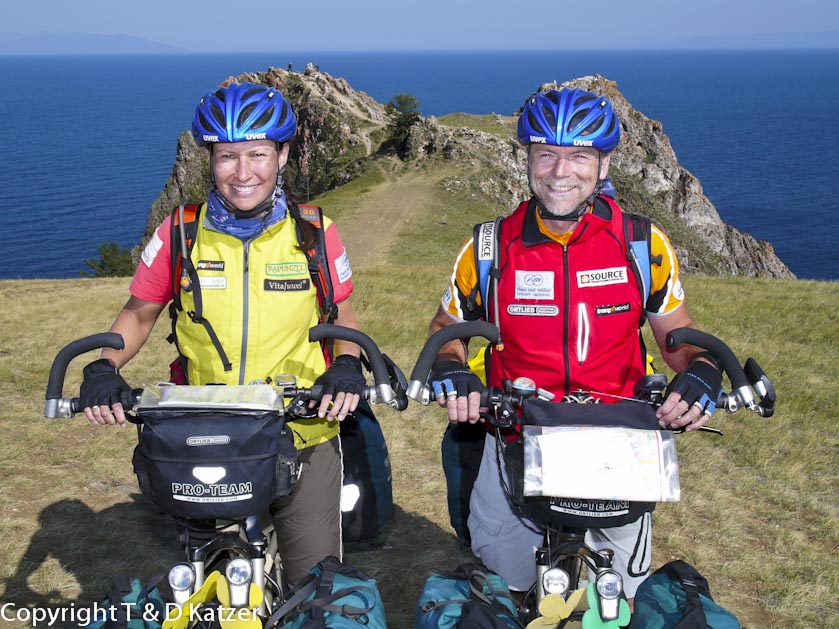 On July 29st 2007 Frank Lorenz abandoned his wintering grounds in Hammerfest and went on the second part of his Cape Tour zum Cabo Da Rocca in Portugal. His 8 months stay in Hammerfest he has used to reprocess his winter travel to the Northern Cape and to replenish his travel money by working as a carpenter, brick layer, tiler, slater and painter. As it should be a Summer respectively an Autumn travel he has started that time. Summerly temperatures between 10 and 20 degrees we have had just for 4 weeks.

In Juni 2003 they have started to their world tour in Limburg at the river Lahn (between Frankfurt and Cologne) in direction Black Sea. The plan was to travel on bike an a folded canoe 3 to 4 years around the world. This travel tour was to be a little adventure, which could be followed by everyone and easily managed in parts, mostly apart from the mass tourismn and without traveling together with a modern high-tech expedition group. They hope to inspire maybe some people to live their own dreams, whichever they may be.

After meanwhile 6 years Martin Lunz and Nadine Puschkasch have managed the biggest part of their world travel tour. They have crossed the various regions of the earth and visited many different cultures. The extraordinary of this travel is they tried to manage most of it by canoe. Many informative and humoresque reports documented this long travel, and so all these beautiful experiences are kept forever. 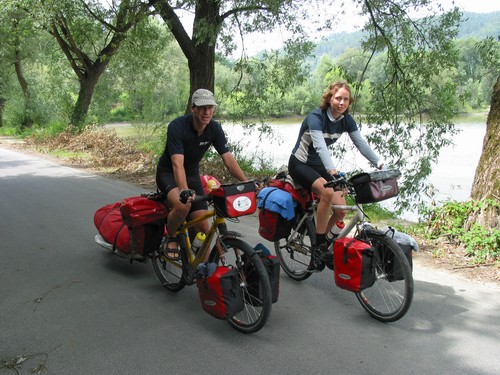 Chris and Dagmars ways have crossed for the first time in September 1997 in the Fairytale Wood of Sintra in Portugal. One and a half year later they decided to live and make their ways together. Various travels with rucksack and public transport across Europe, USA and North Africa were following. In Autumn 2004 coincidence brought Chris und Dagmar after years of abstinence back on the bike. The preperation tour from Aachen/Germany to Nizza/France has worked out excellent, so that the couple had planned to realize their dream of a world tour. From February 2006 until July 2007 Chris and Dagmar had explored the globe and reported about their adventures in Europe, Asia and Australia. After returning they decided to move to Regensburg, the "northest town of Italy", where they still live in their dream appartment in the Konrad-Colony. 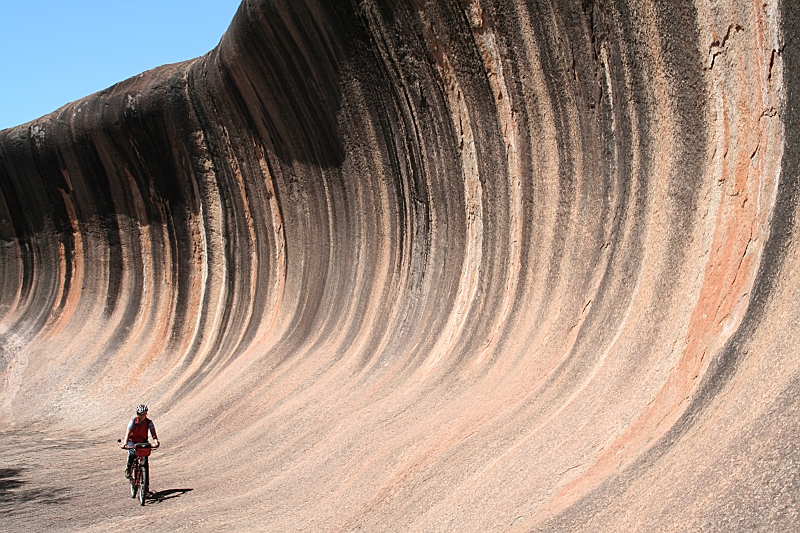 Barbara Vetter and Vincent Heiland have made their passion to their profession. Each year they are on the way to explore the various parts of our world, naturally on bike. They have started their career as travelling journalists with a one year travel from Jena/Germany to Jemen, which they undertook during their studies. More travel projects were following: Euphrat & Tigris, Donau from Schwarzwald to the Black Sea and Trans Canada – one time crossing, from which they are reporting in their reports on trade fairs and magazines. Since April 1st 2006 their little daughter Saba a travel member and she provides for more perspectives. 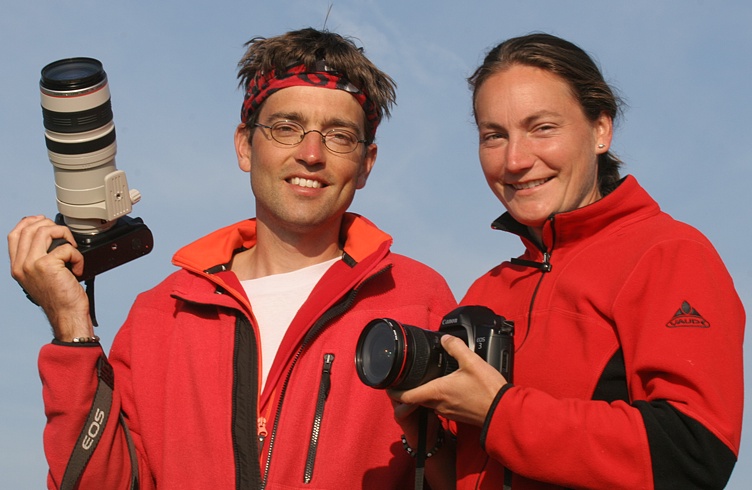 Laura and Christian are two people from the region at the river Rhein close to the border to the Netherlands, who are eager to travel on bike. Both have finished university and have gained their degree in culture education in Nijmegen/Netherlands by now. And as they had  made from childhood onwards their experiences on fiets (=Dutch for bicycle) as an essential mobility device, they now want to have a new adventure. They travel together on fiets across East Asia.

All you need to know under: www.kwakfaehrtumdiewelt.de 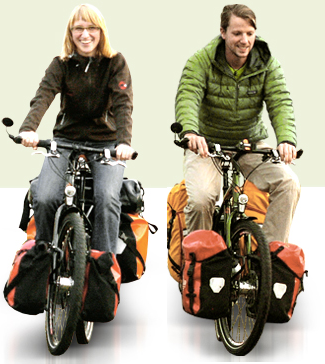 Out of the office into the adventure. Julia and Stefan from Frankfurt have made their dream of a lifetime reality. They have traveled the world for two years on a tandem. They have started on the other end of the world - in New Zealand, then to Alask, from there the Panamericana down to Mexico. More stations of their travel tour: The St. James' Way and the Andes in Peru. Together with their sponser Koga Miyata they have made a steady advancement with their tandem. Out came the Twin Traveller Rohloff, on which they are on tour since 2009. Their latest travel tour was really exotic even for globetrotters - they went 1.200 km across Germany. The Rohloff hub stood the test very good even with double force on the tandem. Furthermore, both have written a book about their latest adventure with the name: Changing gears (Gangwechsel). It will be published by Delius Klasing Verlag in March. Here you can find out how in the slums of Tijuana policemen were on their way to save a penguin's life.

All worth knowing to the subject under: www.bankerbiker.de 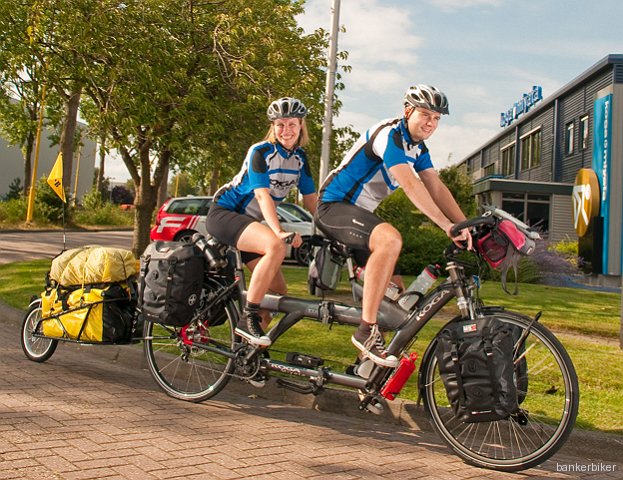